What are you Looking for?

Identify the type of ulcers 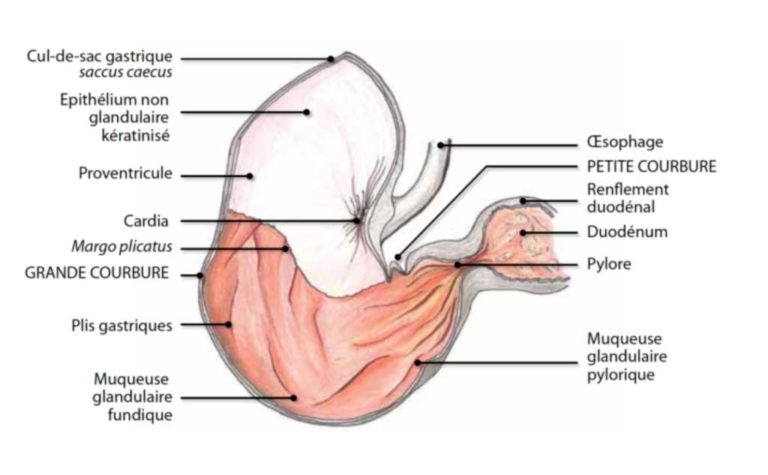 These different locations are linked to different causes of ulcers. Thus ulcers of the non-secreting part of the stomach are ulcers linked in part to the diet of the horse or rather to an inadequate management of the diet of these horses. The ulcers of the secreting part are linked to the degradation of the protective mucus that lines this wall. The synthesis and quality of this mucus are altered by infectious phenomena, intense stress and or the result of side effects of certain drugs, for example non-steroidal anti-inflammatory drugs.
No secret, the only way to determine the location of gastric ulcers is through endoscopy. This method of investigation makes it possible both to determine the location of ulcers, to count them and to assign them a grade of severity.

According to the EGUC scale (the most used), we qualify the involvement of the gastric epithelium in 4 stages:

Symptoms linked to the presence of ulcers

In foals, the most common symptoms are diarrhea and decreased appetite, whether or not associated with bruxism (teeth grinding), hypersalivation and colic.

In adult horses, the severity of ulcers correlates quite well with the severity of symptoms expressed. The symptoms are quite varied, we will focus on changes in eating behavior such as a capricious appetite, throw ourselves on the concentrates and then suddenly stop seeing signs of colic, refuse to drink. The signs of pain linked to the strapping, the reactions of defenses to the use of the legs, the refusal to move forward, signs of discomfort at the jump (moaning during the jump, refusal, loss of respect) are also of good indicators. For more serious attacks, episodes of colic with prolonged recumbency, weight loss and dull hair, bruxism and diarrhea will be observed.

Risk factors for the appearance of ulcers

Exercise is described as a risk factor. We are talking about a level of intensity and a duration of effort that is only encountered in top-level athletes: racehorses, endurance and eventing horses at an international level. This phenomenon is explained by a greater proportion of the time allocated to effort and a lower proportion of the time available for the ingestion of fodder. The ingestion of forages is often intentionally reduced by caretakers so as not to clutter the digestive system. Finally, mechanical phenomena related to fast gaits such as increased intra-abdominal and intragastric pressures increase the exposure time of the non-secreting mucosa to more acidic pH.

Regarding dietary, we will focus on three major risks: periods of fasting, gastric fermentation of soluble and easily fermentable sugars and lack of water.

As described above, a big part of preventing ulcers from developing depends on how we manage our horses. It is important to let the horse express an eclectic eating behavior that takes up a greater proportion of its time.

This will allow ad libitum access to a variety of fodder: hay and straw and grass. When it comes to dry fodder, special attention will be paid to the soluble sugars content of the latter. The only way to do this is to perform an analysis of your forage. Likewise, preference will be given to the use of Crau hay (comprising several herbaceous varieties), alfalfa hay, fescue hay with ryegrass hay (very productive but whose high yield is accompanied by sugar content of higher and higher at the expense of protein content).

Soluble sugars, which are incorporated significantly in processed foods often without the owner’s knowledge, should be carefully avoided. Finally, starch is singled out by these same manufacturers as being responsible for all the ailments that affect our horses. However, they forget to specify that it is the technological changes (flaking, extrusion, steam treatment, etc.) made in the various manufacturing processes that make it fermentable much too quickly. Starch must be broken down in the small intestine, so it is perfectly used by the body but it must not be broken down in the stomach.

There is currently a technical innovation that has demonstrated its effects during field studies in several countries and studies carried out in a recognized equine clinic in France. This is Fermaid ease 187® technology. Fermaid ease has been shown to be effective in prevention and treatment on its own for grades 1 and 2 and as a continuation of omeprazole therapy for higher grades. The mode of action of Fermaid Ease involves a direct buffering effect, modulating the reaction of the inflammatory response of the damaged epithelium and regenerating the latter. We use the Fermaid Ease in our Digestvit. 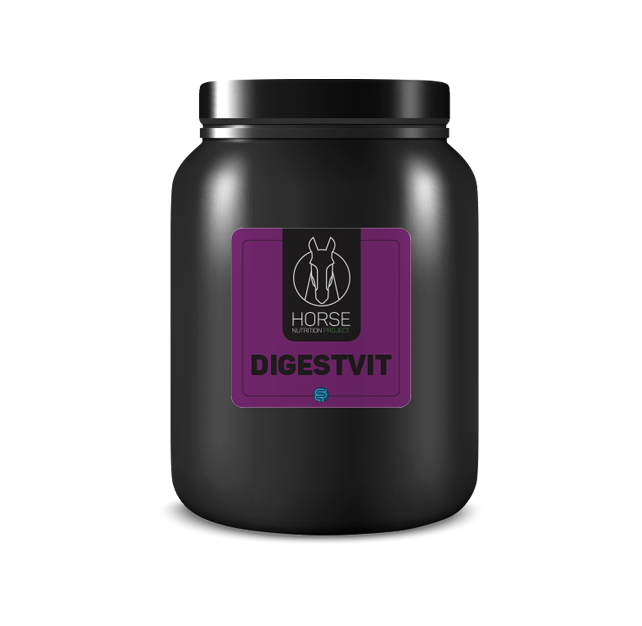 In horses with grade 1 and 2 gastric ulcers (consultation with a veterinarian is always a prerequisite for a diagnosis).

For gastric ulcers higher than grade 2, Digestvit will be used to prolong the effects of medical treatment prescribed by your veterinarian and will help prevent the appearance of new gastric ulcers.